Draft Law No. 2740, better known as "Ski-Masked Raid Stop-3", developed by experts from IT Ukraine, the Supreme Court of Ukraine and scientists, was submitted for consideration to the Verkhovna Rada of Ukraine on January 15. One of the people's deputies who initiated the bill was Kira Rudyk, the First Deputy Chairman of the Verkhovna Rada Committee on Digital Transformation.

The document provides for amendments to the Criminal Code of Ukraine for protection of IT businesses from abuse by law enforcement agencies, in particular, ungrounded searches, seizure of servers and other equipment owned by entrepreneurs.

Why is this Draft Law so important? There has not been a single court judgement against IT companies in the years of independence of Ukraine! There has just been a corruption scheme: the seizure of equipment and "bargaining" to return it. Therefore, there is a need to finally balance the lame "one-way street" practice and prosecute investigators and prosecutors for intentional violations of the search procedure. Figuratively speaking, law enforcement officers do not even understand that they put their hands in pockets of every Ukrainian. To improve living standards in Ukraine, people of the country must earn more! However, the first thing a foreign investor sees when deciding on Ukraine is information on Bloomberg about a search in a public IT company, the purpose of which was far from being "counter-terrorism efforts". Ultimately, it turns out that the information could have been simply requested, without the need to come with 30 armed people...",

commented Dmytro Ovcharenko, the Vice President on Financial & Legal Issues in IT Ukraine, CEO in ALCOR. 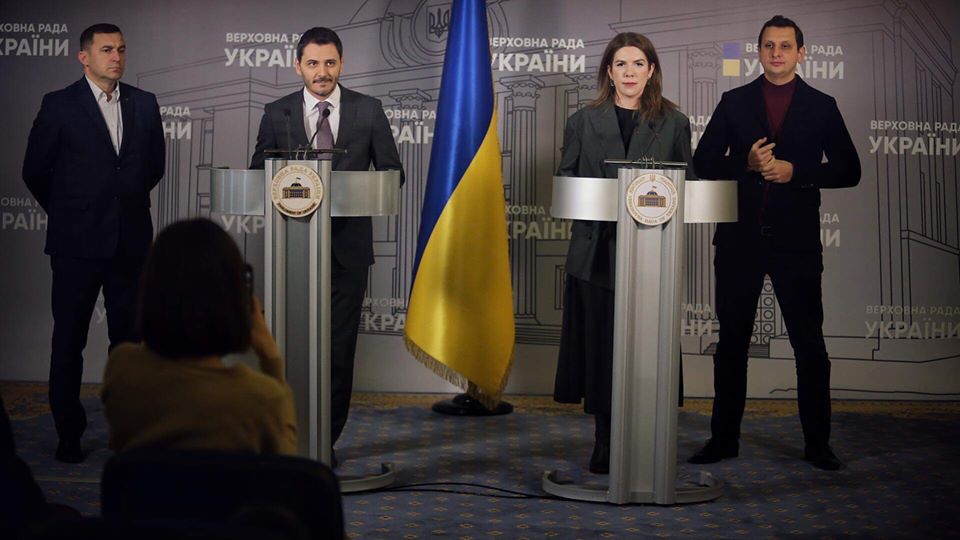 To balance the interests of the State and business, the Draft Law suggests the following changes:

Currently, Draft Law No. 2740 or "Ski-Masked Raid Stop-3" is under consideration by committees of the Verkhovna Rada of Ukraine. The team of IT Ukraine hopes that the establishment of clear "rules of the game" will ensure fair justice, contribute to the improvement of the investment attractiveness of Ukraine, and create a basis for the further development of the IT industry.

You can find the text of Draft Law No. 2740 and learn more about the stages of its consideration here.

SoftServe held a training for the Ministry of Digital Transformation

The Ministry of Digital Transformation has engaged the leading business professionals to train its digital transformation project managers.

Hackathon that could help business in the post-quarantine period.

During the weekend of May 15-17, 181 participants, 24 mentors, and 16 judges united efforts to look for solutions that could help businesses in the post-quarantine period.

EXPORT OF IT SERVICES TO CANADA: presentation of the export manual

Did you know that the Greater Toronto Area is considered to be one of the world's main high-tech hubs rated next to the Silicon Valley of California, Boston, Seattle and Washington in the United States.