August 22, Kyiv - The international company Innovecs opened an InnoHub - a multimedia hub for educational events. The creative space is located at  Vatslav Gavel Blvd. 6Z and has an area of 500 sq. meters. The founder and CEO of Innovecs Alex Lutsky and the US Ambassador to Ukraine Marie Jovanovich took part in the opening ceremony.

InnoHub was created in order to share the experience of leading international experts with Ukrainian developers and managers in the field of innovative technologies. The curator of the hub is Olga Safina, who helped to launch such projects as FEDORIV Hub, VDNH, UNIT.City, the creative space "Chasopys" and others in before. According to her, the new space will differ from others with it educational ideology and goals. Here Ukrainian developers and managers will be able to communicate with international clients of Innovecs and leading world experts.

The opening of the creative space was accompanied by a panel discussion "New era of Ukraine in the global market" during which there were such well-known top executives as Oven O'Donnell from Amazon and Vishal Matour, who's been working for Accenture, A.T. Kearney and Telefonica. During the panel, the speakers noted that the Ukrainian IT-sector is competitive, but to work in the international market it lacks experienced managers. 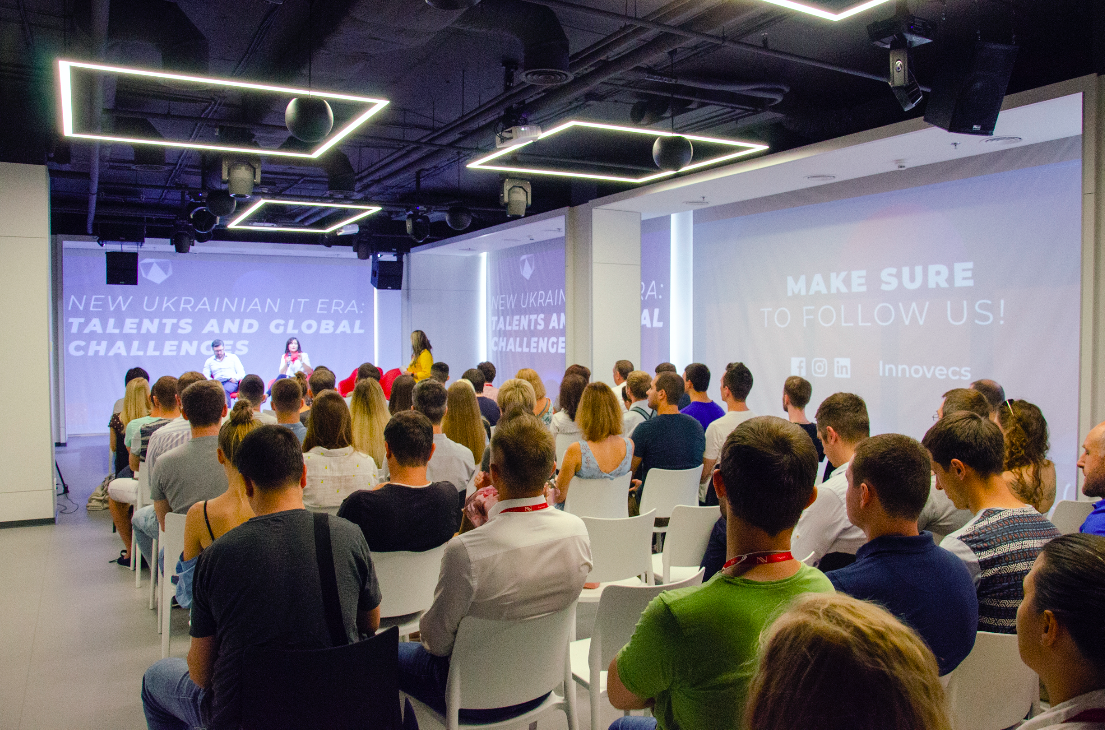 Also on the opening day, the hub management leaders announced the first conference that will take place on its territory on September, 14. Among its speakers, there will be guests from Hyperloop, Paramount and Amazon whose performances will focus on sharing experiences and developing technology projects. Among the conference participants are Vice President of VIRGIN HYPERLOOP ONE Colin Ros and company's Creative Director Sarah Iskander, who will address the topics of the "Future of Transportation: the view of Virgin Hyperloop One team" and "The technology business: how could the transport be disrupted?"

In addition, in October on a tech conference dedicated to Gaming & Entertainment, John Cavan will speak with the presentation of Paramount Pictures case. Cavan has more than fifteen years experience with integrated products. He created the interactive Paramount Pictures gaming unit and spent all publishing operations on the UK's largest video game developer.

Organizers are also preparing Khakaton, technical conferences and meetings. Details of the events will soon appear on the official page of the company. You can follow the events on the web-site of the project https://innohub.innovecs.com.

The Ukrainian office of EPAM Systems has become the official software developer for an upgraded Lviv Resident Portal.

EPAM Systems is pleased to announce it has entered into a partnership with UNICEF ECARO to build a multi-featured ‘HealthBuddy COVID-19’ information app designed to protect children, families and communities across Europe and Central Asia.

EPAM Systems today announced their role as a founding member of the newly formed MACH Alliance, a group of independent tech companies dedicated to advocating for open, best-of-breed technology ecosystems.

WePlay! Esports among the finalists of the PR Daily 2020 CSR Awards

Communication campaign of the WeSave! Charity Play. an esports marathon will compete for the prestigious PR Daily 2020 CSR Awards.