Ukraine’s IT industry is a fast-developing one and grows by 20-30% annually, despite the corona crisis. According to Kohei Ohata, Director General, Office of the Mayor, there is great potential for cooperation between Ukrainian and Japanese companies working in this field. Prospects for cooperation were also highlighted by the Ukrainian Ambassador to Japan Sergiy Korsunsky and the Japanese Ambassador to Ukraine Kuninori Matsuda.

The city of Kobe, which actively supports the development of business and startups in the field of information technology, was presented by:

Natalia Mitrofanova, the Association Vice President, presented the statistics and achievements of Ukrainian companies, analyzed the main trends and introduced the participants to the situation in the Ukrainian IT market.

The participants also presented cases of successful cooperation between Japan and Ukraine. In particular, among the speakers there were:

The meeting has become the first step towards creating new mutually beneficial partnerships between Ukraine and Japan, and a business forum with B2B meetings is planned for early next year.

The event was held as part of the IT Export Boost global project, which is implemented by the joint efforts of the Ministry of Foreign Affairs of Ukraine and IT Ukraine Association to promote the export of IT services of Ukrainian companies.

Results of a National Study of the IT Industry

How the Top Branch of the New Ukrainian Economy Grows and Develops.

In 2021, the IT industry grew by 41,000 engineers and now employs over 285,000 professionals. This will be discussed during the presentation of Ukraine IT Report 2021 — an all-Ukrainian study of the IT industry, which will take place on January 20. 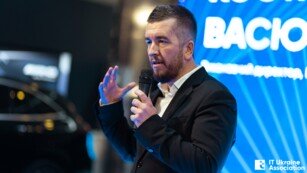 On December 21, the General Meeting of IT Ukraine Association was held. This is an annual event where we gather the Association’s members and partners to sum up our activities, elect new leadership, identify further vectors of development, and communicate in a relaxed atmosphere. 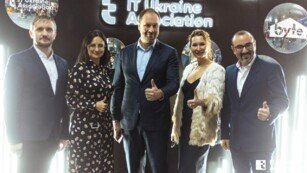 December 21st marked the day of the most prominent event of 2021 — The General Meeting of the IT Ukraine Association. At the event, members of IT Ukraine were enlightened of the Association’s achievements, new companies joining was approved and the leadership for 2022 was elected.