SoftServe, the most prominent Ukrainian IT company, sums up its record 2021 year and plans for the following year.

SoftServe crossed the 10,000-employee mark this summer, and as of today, the company has 12,736 employees globally. A record 5,288 people joined the company this year, the highest growth rate per year in the company's history. Such growth was possible due to increased global demand for technology. During the year, 4,541 people were hired in Ukraine, 747 employees abroad, the largest number in Poland - 459 people. Poland, today, is the country of SoftServe's most extensive presence after Ukraine.

As for 2022, SoftServe has large-scale plans - according to preliminary estimates, the company's growth will be in the range of 30-40%. Based on the calculations of recruiting opportunities of development centers, the company predicts hiring new employees at the level of 3-4 thousand.

Every year, we make clear plans for the company's growth, which we calculus based on various data and statistics of previous years. In 2022, we will continue to hire employees to remote positions in new locations. We plan to increase the number of IT specialists in the existing development centers of Ukraine, Poland, and Bulgaria, as well as we have plans to enter new talent markets,

As of today, the company has 1,712 vacancies opened in the global market, of which 1,193 are in Ukraine. 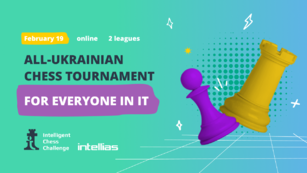 Intellias to hold a chess tournament

Intellias is hosting the ninth chess tournament, the Intelligent Chess Challenge. This year, the tournament is available for everyone in IT industry. 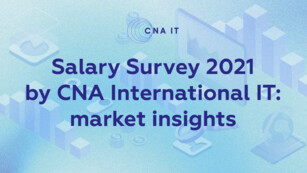 CNA IT presented the 2021 Ukrainian IT segment study

In late January 2022 CNA International IT team had presented their 2021 study of the Ukrainian IT Segment. 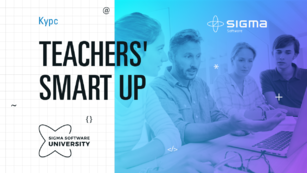 Sigma Software invites teachers to participate in TEACHERS’ SMART UP

Sigma Software University invites teachers of technical disciplines to participate in the "TEACHERS' SMART UP" week-long training. The start date of the online course is January 24th. 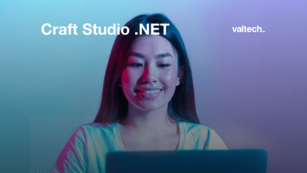 Gain practical knowledge in .NET and join the digital agency

Valtech Ukraine opens a new stream of Craft Studio: a school for beginners in IT technologies, the .NET internship.