In the context of large-scale business relocation and the formation of new IT hubs, IT Ukraine and the Promprylad.Renovation innovation center (Ivano-Frankivsk) have launched their collaboration to jointly promote the interests of the Ukrainian IT community at national and international levels, to develop regional IT potential of Ivano-Frankivsk region for the fastest possible reconstruction of our country, digitalization of the Ukrainian nation and the formation of a new high-tech economy. Today, we will talk with the CEO of Promprylad.Renovation Yuriy Fylyuk about the capabilities of the innovation center and the perspectives of our collaboration.

How was the Promprylad.Renovation project born? What goals did you set for yourself? What values was the concept of the innovation center built on?

The project was born as a result of certain evolutionary processes, which had developed in Ivano-Frankivsk since 2013. That time, the Warm City platform was created and we began to unite the efforts of business and civil society, and later local governments joined the dialogue. And so, step by step, we began to build cross-sector cooperation and trust. We are moving towards an open society, a transparent dialogue with the authorities and moving away from post-Soviet stereotypes. I think the War now is, among other things, a struggle between these different ideologies. russia is a closed country with the vertical development of society and manipulative control of the former.

The project has been developing in the city for all these 8 years and at some point, we realized that the next more global step was needed. At that time, we have already organized about 500 different events in the areas of education, art, new economy, urban planning, sports, ecology, energy efficiency, sustainable mobility, new media, social entrepreneurship and much more. 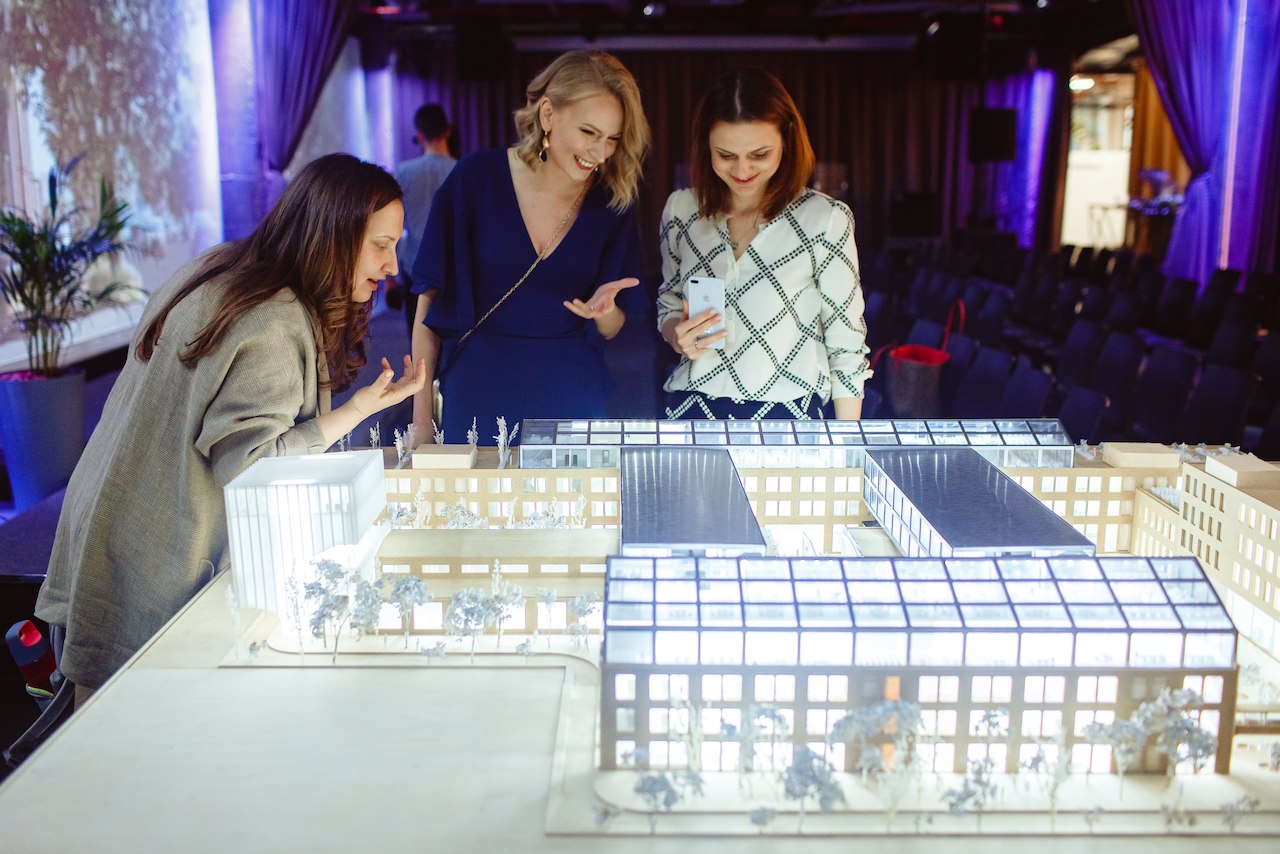 One of these interesting projects was URBAN SPACE 100, which showed how to organically combine business objectives with development goals for the community. Its concept was to bring together 100 people who made the same investment in the project, and for USD 100,000 we opened a city café. 80% of the net profit goes to Ivano-Frankivsk development projects, and decisions are made quarterly by the co-founders based on the results of the quarter. This initiative received a lot of positive feedback. As of today, worth of over UAH 4 million more than 130 different urban development projects have been financed. One of the latest decisions was that UAH 600 thousands of profit was given for the purchase of medical supplies for the Armed Forces of Ukraine.

This successful case of combining business with solving social problems has inspired scalability. One of our courses was urban planning and research on how the city should develop in terms of space. Digitizing the potential of the city, we saw many abandoned factories and plants left from the Soviet past, which are mostly a problem for the city and need reinterpretation. The Promprylad was located right in the heart of the city and attracted our attention. We started building a development strategy for it. Since it had been privatized, we agreed on the gradual purchase of 4 buildings with a total area of ​​28 thousand square meters on 2 hectares of land. We plan to complete another 10 thousand square meters. In fact, we are creating a new cultural and business center, which in has not existed in the city yet. Therefore, the project is important for the development of this type of infrastructure in Ivano-Frankivsk.

The Innovation Center creates a unique ecosystem at the intersection of the 4 main trigger areas of development: education, art, new economy and urban planning. And in this intertwining of different functions, we see high added value for everyone who falls into this ecosystem.

When there is a business school, incubators, accelerators, children's development center, an art center, various events, RND, maker space, unique content is formed - all this creates more opportunities to develop their products and to generate new business ideas at the intersection of different areas presented here, as well as a motivating environment for teams. In this inclusive way we achieve the best results for each element of this ecosystem. In fact, through its influence, the innovation center is becoming a driver of more global processes in the city, region and the country as a whole, taking into account new realities.

How did the War affect the implementation of your project? How have the focuses shifted?

In the first days of the War, we used the opportunities of the consolidating platform, which united the efforts of non-governmental organizations, the Ivano-Frankivsk Business Association, regional and city authorities. Together we created the «Save Ukraine Now. Ivano-Frankivsk»" foundation to help the Armed Forces and the Territory Defense Forces and launched a separate humanitarian track as well. In particular, humanitarian convoys were organized to Kharkiv and Sumy at first, which were officially assigned to Ivano-Frankivsk region, and later support to other regions was expanded. To date, more than USD 1.5 million has been raised through joint efforts and two battalions have been fully staffed. We have also understood the need to support Ukraine's economy, that the economic front was one of the most important during the War. Therefore, together with partners and local authorities, we launched another project - «Save Business Now», in which we are the main pushers.

During the War, the western regions of the country became the home front, where relocated businesses, organizations, teams are concentrated, so now it is extremely important to create new opportunities for relocation and integration, and to do it organically. The first thing we did was a creation of a demand and supply database for relocation, and proactively began to help various companies relocate business: 33 companies are now located in Ivano-Frankivsk city and the region, 12 of them directly on Promprylad. During the process, we mentioned a great demand for consulting and networking based on our platform.

According to unofficial data, there are about 140,000 temporarily displaced persons in Ivano-Frankivsk, which is an additional 50% to the population before the War. This is stressful for the city infrastructure and ecosystem. Therefore, the question of adapting these people and relocated companies properly is quite crucial.

The more we can create opportunities for adaptation in Ivano-Frankivsk, the more Ukrainian business and people will stay in Ukraine, and this potential won’t be lost.

We have launched various national and international microfinance support programs to restart a business or start a new one. We are currently developing a new large project - the Single Business Support Center based on Promprylad. 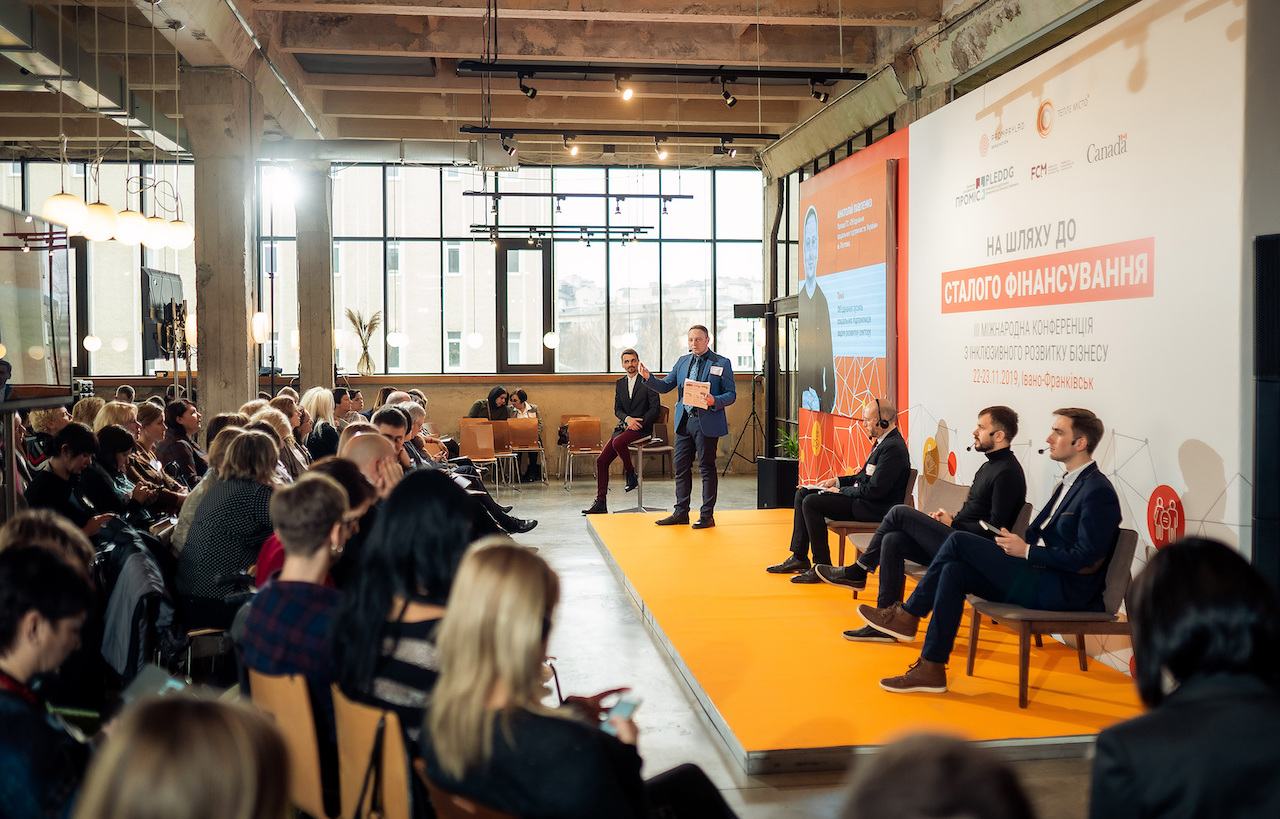 The main decision we made when the War started was not to wait any longer, but to build out despite all the risks, so Promprylad, as the flagship, had to move forward. During the War, our innovation center is gaining relevance across the country, so we continue to actively construct the following buildings and to create the necessary infrastructure at a rapid pace: launching incubators, additional co-working centers, new office spaces and a separate unit dedicated to IT.

To do this, we have unfrozen the investment funds in our accounts and continued construction. Our task is to hand over at least 17 thousand square meters by autumn, if we attract more resources - 24 thousand square meters. Therefore, we are actively attracting new resources, investments and possible grant support. We were strongly supported by Oleskander Kosovan, CEO of MacPaw, who invested a total of USD 1.5 million in the project. Part of the company's team is also based on Promprylad. According to the plan, we need another USD 2.5 million of investments. EPAM Ukraine, Beetroot and several other large companies are already entering our territory, and, among other things, are ready to support the development of training programs and mentoring projects within the Unified Business Support Center. We have another goal - to attract USD 10 million of grant support for social infrastructure - the aforementioned Business Support Center, a maker space, incubation and acceleration programs, an art center, a reading promotion center, a child development center.

Our goal is to create a full range of support on the principle of a single window, where you can find advice - on the selection of premises, technical support, consulting - to form the networking. For example, currently together with the Lviv Business School we are working out a program to support the entrance into new export markets. 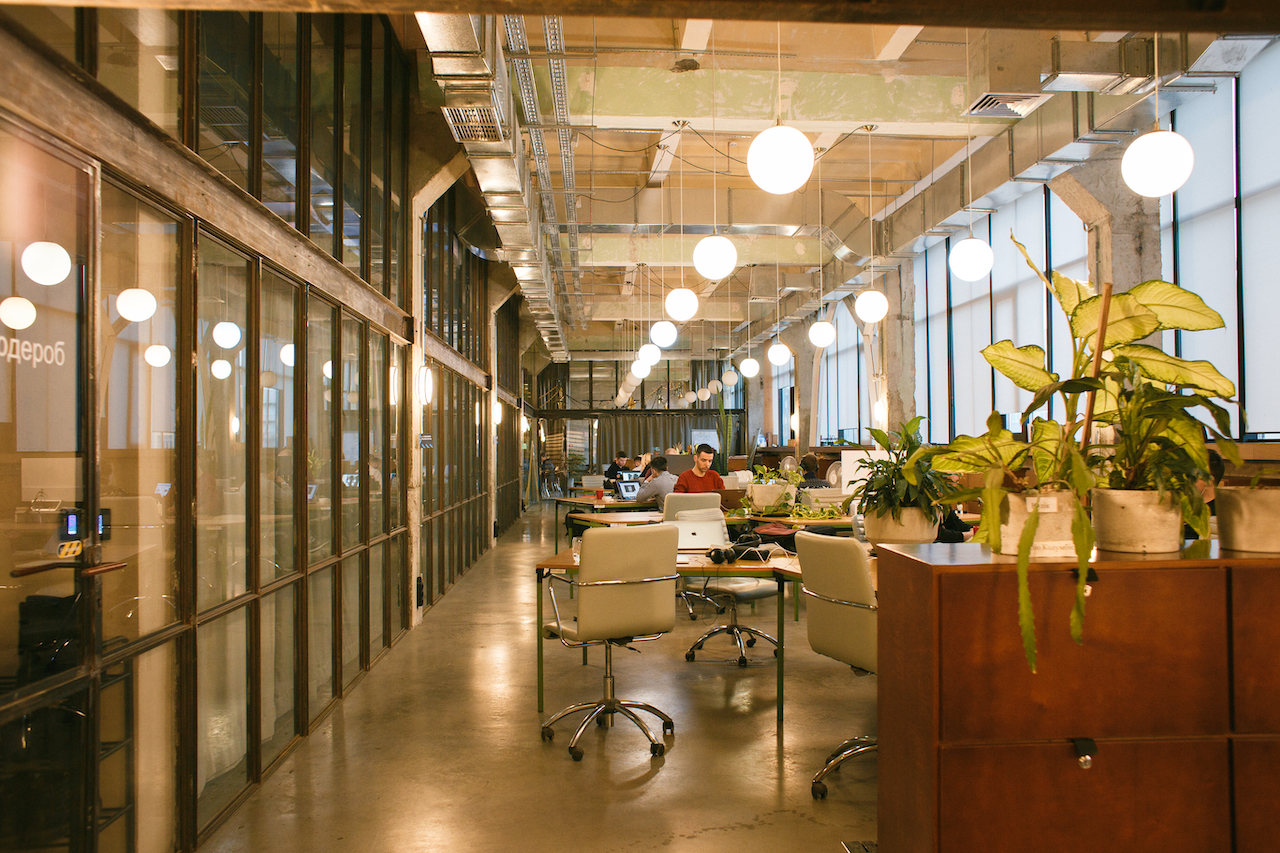 A separate track is the support for socio-cultural adaptation of company employees and their families. In this regard, we act as a hub that combines all the capabilities to organically meet the needs.

However, we are not focused on ourselves, on the contrary - we are such an "integrator" and "moderator" of social processes, which works out solutions that operate on the scale of the city, the region. Moreover, our developments - such as “Save Business Now” - have been taken as the basics for similar processes in Ternopil and Rivne. We are an open platform; all our developments form an open source. One of the motivations of our team is to create similar ecosystems in other cities. Obviously, now it is not the time to compete, but to help each other as much as possible.

Due to understandable circumstances, we are now seeing a de facto change in the country's IT landscape, the formation of new IT hubs, the transformation of the concept of the workspace itself. How did you integrate these new trends into your project?

We are one of the initiators of the development strategy of Ivano-Frankivsk, which unites 5 different stakeholders: the government, the business, scientists, culture representatives and the public. According to our research, a large number of people will not come back or will not have such an opportunity in the near future. It means that what is perceived as the temporary will become the constant for some people, and thus the business must adapt to new realities. That's why we are moving forward and expanding.

The DNA of our project has the flexibility to take into account the dynamic of the world; it allows us to remain adaptive.

Even before the War, the pandemic made major changes in terms of commercial real estate. The demands of the IT companies themselves changed towards reducing space. Everyone came to the conclusion that a complete remote is impossible, but the community space function is still needed. And this is where we are comfortable because of the fact that not every company needs to create a complete package of infrastructure within itself; for example, you can use a common event space or maker space, or even combine synergies with other businesses. This is the format in which the world is moving to.

What priorities have you set for yourself in the near future?

To develop the Unified Business Support Center; a number of partners have already joined us: the Academy of Business, Betroot Academy, Impact Hub Odessa, the Estonian accelerator is going to join, etc. The Art Center and the Reading Promotion Center, which we will now open for the purpose of rehabilitation through art. We are planning various networking events and launching a food market with a culinary school and laboratory. Of the large-scale activities - we are launching a large open maker space of 2,000 sq m for prototyping in the trial mode. We also plan to open a business school, innovative retail, a hotel, a cinema center, a large event area for 3,000 people, as well as A-class offices.

Ukraine will definitely win and we have to build a new country; as for me, Promprylad is a model of what the modernization should be like.

Invest in a project
Support the project (charitable contribution)

Where to invest in 2021: China, mining, FAANG, and 5 more directions

8 investment directions in 2021, the economic dominance of China, and the crypto market. 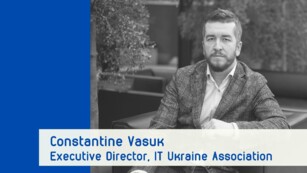 Constantine Vasuk, Executive Director of the IT Ukraine Association

The state brings benefits that we did not ask for

By the end of this week, the Council promises to register a full set of bills needed to launch a special legal regime for the IT industry - Action City.