The Ukrainian tech industry has made considerable efforts to ensure its resilience and to enter new formats of work in military realities. With an optimistic view of the future, the Association, together with IT clusters and partners, conducted a national "Do IT like Ukraine" research to jointly analyze the role of the IT industry in Ukraine, its contribution to the national economy during the War, and the potential of the industry in the future recovery of the country. The goal of our research is also to pay tribute to the selfless work of Ukrainian IT professionals who deliver, volunteer, and protect us in cyberspace and on the front lines.

Before and after: a new starting point

Before the War, the national IT industry became one of the largest exporters of IT services in Europe, which grew by 25-30% annually and generated more than 4% of Ukraine's GDP. The IT market was the largest and constantly growing due to formal education and switching, providing the largest number of graduates with an IT specialization.

The War started a new countdown in the history of the industry. According to the results of ten months of 2022, the industry brought USD 6 billion in export revenue to the economy of Ukraine and reached a growth mark of 10% compared to the previous year. According to our forecasts, by the end of the year, the industry will generate USD 7.1 billion and 2.2% growth in the volume of exports relative to 2021.

In the conditions of war and numerous challenges, the IT industry, along with the entire country, demonstrates phenomenal resilience. The industry remains the only export branch of Ukraine, which fully works in wartime, maintains the economic front of the country, actively assists to the army and supports a powerful volunteer movement.

IT companies continue to work and implement projects even in blackouts, pay taxes on time, increase their presence in the global market and attract new customers. It is thanks to such unique features and experience that the Ukrainian IT industry has all the prerequisites to become the main driver of the reconstruction of Ukraine after Our Victory, - Konstantin Vasyuk, Executive Director of the Association, emphasizes.

Resilience of IT companies

Most of the technological companies were able to ensure the continuity of business processes, to maintain productivity at the level of 85-90%, in the first month of the War and starting from April - to restore positive growth dynamics.

Each and every IT company faced problems related to the War. According to the data obtained so far, more than 34.3% of companies have successfully adapted to the new realities, 61.3% - the vast majority of IT companies - have not overcome all challenges, but work stably in general.

Among the biggest challenges for companies are:

Positive indicators in the industry became possible due to the large-scale and rapid reformatting of the industry during the War. Most companies managed to effectively implement business continuity plans, switch to flexible work models, relocate teams and diversify offices in Ukraine and abroad. Companies continue to work continuously and implement projects even in blackouts, pay taxes on time, attract new customers, and actively enter the global market.

We have been supporting the IT Ukraine Association for many years. As part of our partnership, we support initiatives that stimulate the development of the IT industry in Ukraine, promote it in the international arena and help create the country's future together. The Do it like Ukraine research shows us all the significant achievements that our IT professionals have already made, successful business cases that they implemented in conditions of constant "turbulence". Based on the research, you can make a forecast about how the IT industry will help in the reconstruction of Ukraine in the future, - Andriy KASHPERUK, Deputy Chairman of the Board for Retail Business UKRSIBBANK BNP Paribas Group, the General Partner of the Research, said.

As a result of the full-scale invasion, 70.8% of IT companies conducted an unplanned relocation, a quarter of them – a full one. 16.7% of companies conducted a full or partial relocation abroad. The geography of company relocation has changed and today the list of Top 10 countries includes Poland, Germany, the USA, Portugal, Bulgaria, Czech Republic, Romania, Moldova, Spain, and Canada. 81.5% of IT companies that relocated abroad still plan to return their business to Ukraine under the condition of lifting martial law and a complete cessation of hostilities.

This year, everyone who went to Europe realized how cool IT solutions for everyday life in Ukraine are, even compared to the EU countries. In the research, we showed how deeply IT had already penetrated the economy - and the War deepened this penetration. And also demonstrated that the IT industry will be the basis for the recovery of Ukraine's economy - its role is already visible now, when every segment of the economy is facing unprecedented challenges due to a lack of people, money and other resources. Thanks to the growth of exports, the IT industry will become an ambassador of Ukrainian business abroad. And while Europe helps our country to recover, Ukrainian IT will digitize Europe, - Stanislav Shum, CEO and Founder, TopLead, co-author of the Project.

IT professionals and governmental support

Fundraising and volunteering have also become an integral part of the day-to-day activities of the companies. 95% of IT companies and more than 90% of IT professionals regularly transfer funds to help the government, purchase regimentals, enginery, drones, necessary equipment and weapons to bring the victory over the enemy closer. It is curious that almost 18% of companies do not advertise the help they provide.

The adaptability and productivity of the IT sector amazes our international partners and customers. They are impressed by our stability, professionalism and responsibility. At the same time, the IT industry now powerfully supports the economy with foreign exchange earnings as well as with volunteer and charity projects. For example, the ERAM company by itself has already provided more than UAH 90 million in aid to Ukraine since the beginning of the War. I think if you count the contribution from the IT industry in general, it will be impressive. The Do IT like Ukraine research clearly shows how the IT industry develops during the War, how it has transformed to adapt and what new challenges it has accepted. We thank the IT Association of Ukraine for collecting and analyzing this information, which will be useful not only for the IT industry, but also for many areas related to it. After all, it is difficult to imagine any business without an IT component. Therefore, we hope that the IT industry will become one of the key drivers in the reconstruction of the Ukrainian economy, - Andrii Trofimov, Head of the Western Ukrainian Location of EPAM Ukraine, Project Partner.

The only fully functioning export industry

The industry remains the only export branch of Ukraine that is fully operational during wartime and was able to increase export volumes compared to last year, while others suffered from significant losses. For example, the metallurgy fell by 59%, the export of mineral products by 46.1%, the chemical industry products by 42.6%. By contrast, the share of IT services exports in GDP increased by 51% and is currently 5.4%. Similarly, the share of IT in the export of services increased by 24% and makes up almost half (47.0%) of the total of service export.

As of November 1, according to the State Tax Service of Ukraine, the amount of taxes and fees paid by the IT industry amounted to UAH 26.6 billion.

Companies continue to work continuously and implement projects even in blackouts, pay taxes on time, attract new clients, and actively enter the global market. According to the research, 43.1% of IT companies expect business growth for the year. 93.4% of IT companies plan to continue investing in Ukraine.

The "Do IT Like Ukraine" project is a testament to the indomitability and resilience of Ukrainian IT. Based on the results of the research, we understood that in fact, IT professionals want to stay in Ukraine, and companies plan to continue investing in the Ukrainian market. We showed how important Ukrainian IT is now becoming for the economy, reaching almost 50% in the export of IT services. Moreover, how important is the contribution of IT companies and professionals to volunteering in support of Ukraine. We hold the economic and cyber fronts, and we head together to victory. Be brave like Ukraine. Do IT like Ukraine, - Yuliya Malich, Project Head, notes.

Synergy of the government and business

The key factor of the further growth of the industry in wartime conditions is the synergy between business and the government, the development of the joint mechanisms and initiatives that will allow the industry to use its potential to the maximum.

2022 Despite everything, it was indicative. The government and business have demonstrated incredible resilience and mutual support. In this synergy, important for the country projects, such as Diia.City and IT Generation, were born. Moreover, despite the War, they are successfully developing. It is important for us to continue to head to victory together, generating new ideas, holding the economic front. Moving this way, we will be able to jointly rebuild our country very soon, transform it into a country of startups, high technologies and successful digital projects, - Natalya Denikeyeva, Head of the Diia.City Project Office, Ministry of Digital Transformation, Partner of the "IT during the War" section, believes.

Despite the War, the IT market is growing. Today, the industry has almost 309,000 IT professionals. Korn Ferry's 2022 IT industry compensation study reveals several key trends:

On October 10, 2022, Russia began to carry out massive missile strikes on energy infrastructure facilities, which led to the absence of electricity supply almost throughout the whole territory of Ukraine. This became another challenge for the industry and brought to the fore the risks connected with the lack of Internet and cell connection.

The Ukrainian IT business does everything possible to ensure maximum readiness for any scenario of events. Most companies are constantly adapting their BCP and providing several options for responding to risks:

Today, a top manager in IT, as a citizen of Ukraine and a business owner, asks himself the same question every day: "What to do?" Therefore, for this reason, with no hesitation we decided to support the preparation of this cool report. So that the business got comprehensive information about the state of the industry, the main trends, problems and advantages, and was able to make the best management decision based on the existing information. As a result, the industry will reach new heights. And this report will greatly contribute to this - Oleksiy Uros, Business Development Director, "Asters" JF, Legal Partner of the Project.

Special thanks to our international partner – the Emerging Europe European IT hub, which works with 23 countries of Central, Eastern, and South-Eastern Europe, and our media partners DEV and Suspilne. 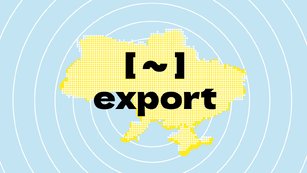 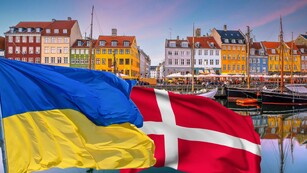 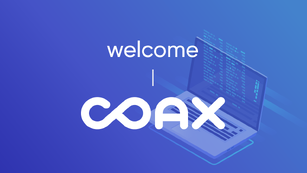 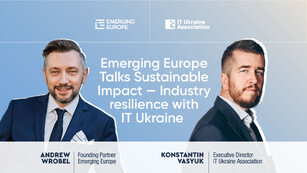