SoftServe has announced that it is buying 29 ambulances and equipment for them. Additionally to the money allocated by the company, SoftServe's associates donated 2 million UAH to the corporate charity fund "Open Eyes," which coordinates the project. All money will go to purchase medical aid for Ukraine's frontline hotspots.

The fund has bought eight ambulances and equipment for them, particularly defibrillators, patient monitors, lung ventilators, medicines, etc. The vehicles come from Germany, France, Great Britain, and the Netherlands. A group of volunteers decided to support the project and work on equipping and transporting ambulances. Doctors from the Netherlands, Germany, and Ukraine are advising on the required medical devices, service station specialists repaint and modernize vehicles, and a group of drivers helps to transport ambulances from abroad.

Every day, hundreds of defenders are being wounded at war. Their lives depend on how fast they can receive medical assistance and be transported to the nearest hospital. SoftServe turned 29 years in July, and instead of boisterous celebrations, the company spent the money on what really matters now — saving the lives of our defenders, says Viktoriia Mishchuk, the director of the charity fund "Open Eyes."

SoftServe is purchasing ambulances within the "1000 cars of freedom", the initiative by the head of the Lviv regional military administration Maxim Kozytsky. The first eight ambulances are ready to go to the frontline. The fund plans to buy another 21 in the nearest time.

Charity fund "Open Eyes" has been helping Ukrainian defenders since 2014. After the Russian invasion of Ukraine in February 2022, the fund spent 100 million UAH on humanitarian aid. The donations came from the company, associates, partners, clients from Ukraine and abroad as well as from other caring benefactors. As of today, the fund purchased and provided 320 tonnes of humanitarian aid, 2800 items of IT equipment, 23,000 packages of medicines, and more than 15,000 items of personal protection for those who defend Ukraine.

The fund's help covers all territory of Ukraine, and volunteer hubs are located in Lviv (Ukraine), Wrocław and Warsaw (Poland), and Austin (Texas, USA).

SoftServe is the biggest global IT company with Ukrainian roots that advises and provides cutting-edge technology services. It is one of the biggest software development companies in Central and Eastern Europe, with 13,500 people working in 40 offices worldwide. Headquarters are located in Lviv, Ukraine and Austin, Texas, USA.

SoftServe is working on more than 900 active projects for clients in Northern America, the EU, and Asia. Among the company's clients are such giants as IBM, Cisco, Panasonic, Cloudera, Henry Schein, Spillman Technologies, and others. SoftServe is proud to partner with Google Cloud Platform, Amazon Web Services, Microsoft Azure, and other well-known tech companies. 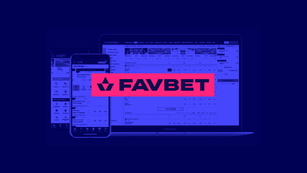 The company has launched its own jackpot service, improved “responsible gaming” functionality, and added changeable color themes along with some other upgrades. 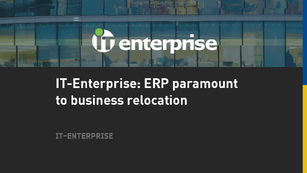 The digital maturity of Ukrainian business directly impacts the speed and efficiency of its relocation, says the IT-Enterprise team. 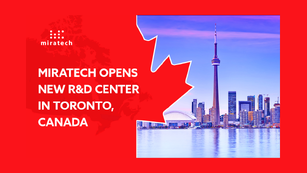 August 12, 2022, NEW YORK - Miratech, a global leader in IT services and consulting, announces the opening of an R&D Center in Toronto, Canada. 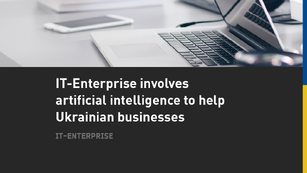