Daxx is one of the oldest tech companies in Ukraine. In the last two decades, we’ve helped more than 300 clients, 40% of which are Dutch, address tech talent shortage on their local markets. Our Dutch clients have played a big part in making Daxx what it is now. Some of the most important value-added services we offer today had been carefully designed with our Dutch clients to match the specific needs of businesses in the Netherlands. From the words of our clients, the currently cover the following pain points of the Dutch tech market:

We’ve been observing a disproportionate growth of the tech industry and the number of developers in the Netherlands. For instance, just three years ago in 2018, 46% of all opened software developer positions were difficult to fill in. And two years ago, about 40% of entrepreneurs in the Netherlands claimed that talent shortage was the major block to the growth of their businesses.

Ukraine’s 402 tech universities and tech colleges have been generating more than 35,000 entry-level tech specialists every year since 2016. As of now, there are around 200,000 tech specialists in Ukraine who are eager to work on interesting projects and help foreign businesses drive value.

In the last three decades, Ukraine has grown three generations of programmers with the first ones building the first universally programmable electronic computer MESM and the last — creating world-class tech products like Grammarly and PetCube.

The talent shortage in the Netherlands causes two other trends - high employer competition and inflated developer salaries. The multinational tech corporations such as Apple, Google, IBM, and others set the employment bar offering remuneration twice and thrice higher than the market salaries not even mentioning the benefits. Consequently, small and midsize tech companies are left with no choice but to seek software developers in other countries.

The average software developer salary in the world 2020

The employer taxes in the Netherlands double the expenses on each developer per year. On average, it’ll cost you $88,058 all in all to hire a programmer in the Netherlands while hiring a developer in Ukraine will cost you about $25,000 a year (PayScale). The Dutch employers spend approximately two-to-three times more resources money-and-time-wise as compared to Ukrainian tech companies.

Hiring developers through tech companies in Ukraine guarantees the Dutch tech companies more flexibility and cost-efficiency. Because the majority of programmers in Ukraine work on a subcontractor basis, the hiring and releasing processes are minimized to one or two months maximum.

The tech talent shortage is the most influential and long-lasting trend that will only get stronger in the Netherlands. Therefore, it’s quite important for the Ukrainian tech companies to continue addressing the growing issue and improving our range of services. I’d also recommend establishing close relationships with the Dutch clients and listening to their requests closely. 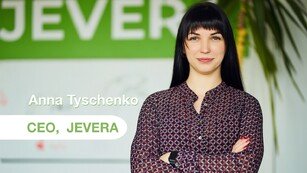 About United By Idea, a platform for volunteers supported by the UN

Ukrainian volunteering is a unique phenomenon. It's not a big secret that Ukrainians are creeative and brave nation. The war revealed the true face of Ukrainians - when trouble comes, we get together ready to fight side by side. 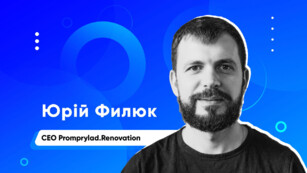 In the context of large-scale business relocation and the formation of new IT hubs, IT Ukraine and the Promprylad.Renovation innovation center have launched their collaboration to jointly promote the interests of the Ukrainian IT community at national and international levels 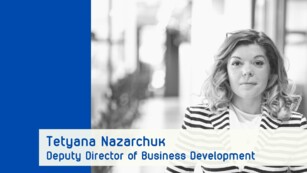 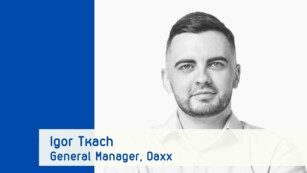