EPAM Ukraine is continuing to develop business in Ukraine. In autumn 2021 it opened a representative office in Khmelnytskyi as a coworking space, and today the company is opening its own office in the city. The number of EPAM  employees in the region has increased tenfold, one of the reasons being the temporarily displaced persons from other cities.

According to the data from the surveys by specialized resources, more than 60% of IT specialists have changed their place of residence during the last months due to the russian aggression. Though the west of Ukraine is the leader when it comes to places for relocation, some specialists are choosing the central regions of the country. Several hundreds of EPAM specialists have chosen Khmelnytskyi as a relatively safe place for temporary living.

We are not changing our plans in terms of presence in the region and we do believe in the prospective development of the IT sphere in Khmelnytskyi. We have had a plan to open a full-fledged office before the war and we are doing it now, in April. The local authorities support the development of the IT sphere and create favorable conditions for this. Currently, there are IT specialists from Kharkiv, Chernihiv, Kyiv and other places in the city. The number of employees in our office has increased from several dozens to several hundreds, thus for them and for the future talents there will be a comfortable office working.

Office premise is meant to accommodate several dozens of work stations and will work on a pre-booking basis, as the majority of specialists choose to work from home. There is space for conducting team meetings and brainstorming sessions, there is a parking lot and a reserve channel of uninterrupted internet connection Starlink.

The company supports the temporary displaced persons who are in Khmelnytskyi now and has transferred UAH 100 000 to the local representative office of the “Caritas Khmelnytskyi” to purchase food kits.

Earlier the company informed about supplying more than 100 units of devices for the educational institutions of Khmelnytskyi region. This winter ЕРАМ University and Khmelnytskyi National University signed a cooperation agreement to allow better training for students, the next generation of IT specialists. 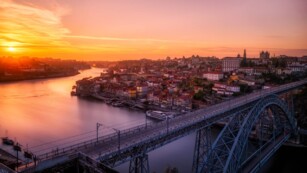 Avenga, a global engineering and IT consulting platform, is opening a new delivery office in Porto. 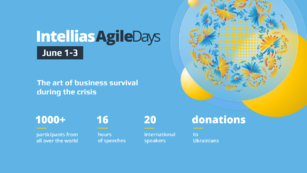 Tesla and Spotify experts at Agile conference by Intellias

Intellias, a global IT company, will gather world-known Agile experts to discuss techniques and instruments for leading businesses during a crisis.

On May 21-22, IT team NIX will host the most extensive online conference for IT specialists and businesses in Ukraine for the fifth time. Foreign opinion leaders, entrepreneurs, developers, and other top IT-sphere experts have already joined the event, bringing it to an international level. 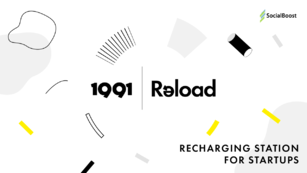 1991 Accelerator launches a new program to support founders and startups in Ukraine — 1991 Reload. It will unite those who can help startups during the war and those who need this support now.